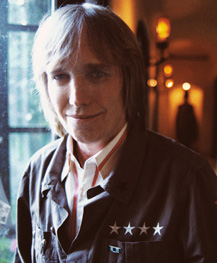 They've endured a long life on the road, as their wizened faces show, yet their brilliance has not faded. Their music and performances are still as relevant to youth today as in years before and although their clothing may be outdated, Tom Petty and the Heartbreakers remain one of the last enjoyable links to the original California rock 'n' roll scene.

To commemorate the bands 30 years together they took what is being rumored as their last, all-out tour – something tells me that's not true – and celebrated with youthful enthusiasm and a touch of childlike innocence.

From the staggering opener “Listen to Her Heart” to the final encore of the Richenbacher ballad “American Girl,” you could feel that the stage is home to Petty and quite possibly one of the only places he's comfortable. Watching him perform is as relaxing and personal as being a guest at his home for a dinner party.

Throughout his unforgettable set of hits like “Mary Jane” and “Refugee,” Petty gave thanks to fans after every song, showing no sign of ego but merely a pure and genuine appreciation for still being able to command the stage.

Even with new songs like “Saving Grace” from Highway Companion, his first solo album in 12 years, he really connected with his fans on a deeper level. With all his charm he declared “I'm here to rock Hollywood,” and that he did.

Not only did fans feed off Petty's energy but also that of his special guests. Honorary Heartbreaker Stevie Nicks made an extended appearance to harmonize on “Stop Draggin' My Heart Around” and “Insider.” The still sexy gypsy queen stuck around to add backup lines to “I Need to Know” and “Don't Come Around Here No More.”

By far the best part of the evening was having E.L.O. frontman and Petty's longtime producer buddy Jeff Lynne come out of hiding to sing the Roy Orbison parts on the Traveling Wilbury's “Handle With Care.” My only complaint was that Bob Dylan wasn't there too, but overall, the performance is something fans will never forget.

Other gems were reminiscent covers of Bo Diddley's “I'm a Man” and Fleetwood Mac's “Oh Well.” Not to mention an eventful encore presentation of Them's “Mystic Eyes.”

The vibe of the Hollywood Bowl is unlike any other in Los Angeles. Look up and you see the stars, look around and see fans sipping wine and flasks and munching on everything from popcorn to rotisserie chicken. Even Bob Saget made an appearance in the audience as an avid Petty fan.

Show openers, the Strokes, did not impress the older fans who yelled obscenities from the nose bleed seats that the band would never hear. However, there were quite a few spiky-haired, tight pant-wearing kids who were no doubt there to see the Strokes.

While all venues give the headlining act better lights and sound, the Strokes' sound was unbelievably awful in comparison and filled with minor technical difficulties. Fortunately, fans of the band didn't notice as they were mesmerized by the roughly angelic and distinct voice of Julian Casablanca which was triumphant above the band's layered guitar genius of Nick Valensi and Albert Hammond Jr. —Crystal Lafata