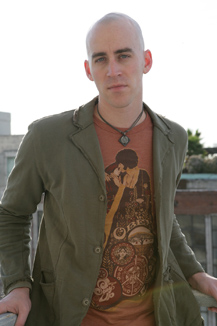 The evolution of an artist or a band can be precarious. Second-guessing creativity and passion for marketability and consumer appreciation can infiltrate even the most dedicated souls.

So, when asked to review Tyrone Wells almost a year and a half after he first came onto the scene, I wondered what I'd get.

Since that time, he has gone on to break the record for the number of shows booked on college campuses, he's getting support from STAR 98.7 and Universal Republic Records made him an offer no one could refuse. A lot can change in a year.

The curtain went up, and the music poured through the crowd. Smiles ran across the faces of all the band members as the lights illuminated the fans below.

Wells' sound hadn't changed a bit. The emotion was still as present in every song as the day it was written.

The first indication that Tyrone and his band have evolved was the addition of J. Michael on keys. Michael didn't add something to the music, he brought something out of it – funk.

The band opened up its songs and jammed with rhythm instead of just going from song to song. Not only did it give a fresh sound to the set list, but the band seemed to feed off the energy, as did the crowd.

Just because they added keys doesn't mean this sell-out crowd was witnessing a band on its way somewhere. Wells took time between songs to let the band have a part of the stage.

This is the first step to becoming a band and not just a singer playing his guitar with some guys backing him up. It's rare that you see the focus get shifted to the rest of the band when the name of the act is a single person.

During two different points during the show Wells stepped away from the mic and the El Rey carried a verse and chorus of some fan favorites. One of the highlights of this crowd interaction came when the yodeling requests couldn't be ignored anymore.

Yes, yodeling. Apparently Wells is as multi-talented as he is tall. This guy got the whole place to partake in a call and response of record-breaking yodeling numbers.

Toward the end of a set, Wells took it up a notch and made sure everyone knew this was a band that would be around for a long time. Trumpet and sax players Aaron Leibowitz and Ben Adamson took the stage with a smile and led the band into a jam of some funky favorites. Drummer Mark Chipello's father arranged the mix of Stevie Wonder, Michael Jackson and other funk songs.

It's been pretty neat to follow a band like this from the cramped Viper Room to a sold-out show at the El Rey. Seeing a band evolve gives me hope that music is still alive and not dying just because the record labels are having issues. Bands can evolve, grow and develop on their own if they just stick to what got them started in the first place … the music
Article posted on 1/30/2007
This article has been viewed 1164 times.