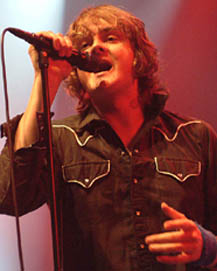 Judging from the frantic clapping and the uncontrollable sounds of excitement bouncing off the walls, you would never guess that this was only the second time this year that newcomer Keane has performed live in Los Angeles.

The British pop trio, whose sounds have often been compared to the likes of other British superstars like Coldplay and Idlewild, wowed the audience with sweet sounds off their new album Hopes and Fears. Lead singer Tom Chaplin’s dream-like voice floated effortlessly and gracefully in songs like "Can’t Stop Now," "Everybody’s Changing" and "Somewhere We Know."

Opening act The French Kicks almost stole the night away with their hipster, New York sounds. Alternating between piano and strings, the band played songs off their new album The Trial of the Century as well as old favorites. Intellectual beats and an even cooler stage presence made this New York band all the more appealing.