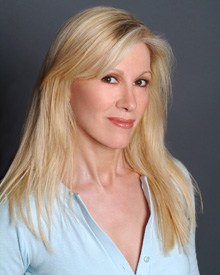 I’ve been dating this guy for three years. Every year he has some type of financial situation he needs help with.

He owes the Federal Government $3,000 for collecting unemployment illegally. He asked me to take a loan out to help him get out of this debt. I told him no.

Do you think I should help him out when he can’t afford to take me to Applebee’s or Red Lobster? I’ve made my mind up to start dating better men who are not financial losers!!

I remember when you wrote to me about this guy several years ago when you first started dating him. Let me quote a part of my answer to you at that time: “I suggest you cut off all communication with this loser immediately and permanently. Nothing good can come out of having him in your life, not to mention the fact that you will be setting a very bad example for your daughters.”

My question to you is: Why do you think so little of yourself that you’re willing to be with someone who collects unemployment illegally and is always asking you for money? How can you respect someone like that?

Remember, there is no love without respect. There may be attachment, but there can’t be love.

I used to date guys like that, until I let one move in with me temporarily. It was like having a kid. He always needed something.

I was so happy to finally be rid of him three months later. I vowed to never again date guys who were financially irresponsible, and I’ve kept my promise.

I really hope you’ve finally learned your lesson and are going to stay away from guys who don’t have their act together financially.

Your article on patience couldn’t have come at a better time. Recently I found out a close family friend has had a crush on me for over 10 years and I never knew.

Since finding out we’ve talked a few times here and there, and the feelings between us are mutual. However, here’s where it gets tricky!

He has a live-in girlfriend that he has admitted to being unhappy with. They’ve been together for a few years and have children together.

While he loves her as the mother of his children, he is no longer in love with her. He wants out but financially isn’t ready.

We’ve talked briefly about a relationship, and he knows I will not get involved until she is officially out of the picture. I feel as though I have control as to whether or not I want to see this through later on down the line. I don’t have the patience to wait, per say, but I am very interested in seeing where this could go.

Even though I’ve known him since we were kids I don’t know anything about him as an adult/friend. I completely agree with you that when we rush into a relationship things seems to fall apart quicker.

I’ve been contemplating for a while about what to do, and after reading your article it seems rather clear: A friendship for now seems to be my best bet. I don’t want to be the other woman, and I don’t want to rush into things only to see them diminish soon thereafter. My patience usually runs thin, and every time I don’t have complete control of a situation I panic (a test of my patience).

This time I want to take it slow and really get to know Mr. R as a person. Oddly enough he agrees and thinks we should wait until his issue is resolved.

The timing was bad 10 years ago, but I feel like we’re closer to better timing now than back then. Maybe one day soon, it’ll all fall into place.