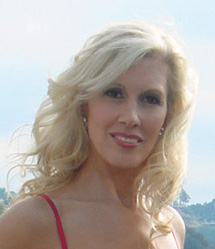 Recently I met a man at a party, and we immediately felt an attraction and talked throughout the night. The connection and energy between us was really exciting. We have common friends who told me that he is in the middle of a break up from a seven-year relationship, which apparently was really amazing, and that he is still in love with her.

I don’t usually do this, but I actually had him over at my house on the same night, and there was a beautiful tenderness between us. Then we spent a little time together, and he told me about his relationship. He said they are not exactly sure why they’re breaking up, but are working on a friendship at the moment, and in the future, there is a potential reconciliation.

I said we should just be friends then, and we agreed on that. Subsequently, we had three more meetings in a matter of two weeks, and it became obvious that there is great affinity between us that’s more than just friendship. We couldn’t resist it and made love two more times.

At that point I knew I was in trouble. I was falling for this man, and he seems to embody the man I envision for myself more than anyone else before.

I realized I’m fooling myself that I can be just friends. I was afraid of getting hurt at the end when perhaps he gets back with the ex.

I told him it’s probably best to backtrack and not see each other for a while. If he feels like his situation clears up more, he can call me. He understood, although he thought we could have just kept seeing each other in a more disciplined way (no sex) and let things unfold organically.

I would love to be this man’s friend if a relationship is not possible. I thought I’d take a month away, not call or meet him, focus on other things and then get in touch with him to see if my heart is strong enough to stay on a friendship level.

I’m afraid I will secretly keep hoping that things will change and it will wear me out, or that I won’t have the discipline and will get into unclear sexual relations with him. I’m also afraid that if I just cut him off completely I’ll miss out on a potentially caring friendship or miss my chance to let him experience my presence and possibly influence his decision of letting his ex go for good.

What is the best course of action?

I don’t buy it that after seven years, he doesn’t know why they are breaking up. Have you ever not known why a relationship, especially a long one, was breaking up? Plus, if it was so amazing, why are they ending it?

And how does he know there is potential for reconciliation if he doesn’t even know the reason for the break up? There are too many things here that don’t add up.

I hope you’ve learned your lesson about getting intimate the same night you meet someone. Would you lend your car to a stranger? Probably not. Yet, you were willing to lend your body to one. Just because there is a connection, doesn’t mean you have to act on it right away.

Anytime there is an ex still in the picture, to the point where they are not completely broken up or the break up is recent, step away as fast as possible. You cannot compete with the history they have together. Sure, you may be fun and exciting for a while, but if someone else still has their heart, no matter how wonderful you are, they won’t be able to see it.

During your month break from him, I suggest you date other guys. When you do call him back, he needs to be the one to bring up getting together, not you.

Do not meet him if you don’t think you’ll be able to control yourself and not sleep with him. It’s best to have a telephone friendship and only see him once a month or so, until you know beyond the shadow of a doubt that he is available.

Listen to Lucia live every Sunday at 3 p.m. on www.bbstalkradio.com.