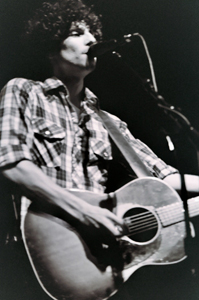 As it turned out, the Proclaimers couldn’t offer much in the way of stage presence, smiles or crowd interaction. Even their covers were vanilla – their version of Wreckless Eric’s “Whole Wide World” (from last year’s Life With You) was delivered with the exact same energy as the swell ’n’ easy “King of the Road,” which filled one of four encore spaces.

To their credit, guitarist Zac Ware plays a lovely steel slide, and sure, there is something oddly amusing about a half-full venue suddenly coming to life so that 300 people can bob heads and sing along to “I’m Gonna Be” in unison. But the entire set, right down to “I’m Gonna Be” as finale, was predictable and showed a band apparently tired of its own songs.

Opener Jeremy Fisher tried to make light of the empty space in the room but came off sounding uncomfortable and disappointed. The wholesome singer-songwriter has a Paul Simon-style croon, sweet and slightly nasal, but his performance felt rather bible camp: pure, poppy, unoffensive.

His “Scar That Never Heals” sounded like a watered-down version of the Clash’s “Car Jamming,” and closing track “Left Behind” was reminiscent of Bright Eyes’ “First Day of My Life.” These were possibly his best, but the whole set, like that of the Proclaimers, felt rather soulless overall.