The Weather Underground: May 22 @ the Echo 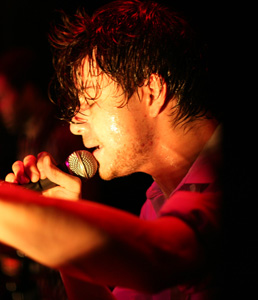 Lately the weather around town has been hot. Inside the Echo, the Weather Underground (whose name is more a political reference than anything meteorological) was also bringing the heat.

Lead singer/guitarist Harly Prechel-Cortez greeted the crowd, but his salutations weren’t really heard over its cheers, to which the band launched into their first song. It wouldn’t prove to be the most energetic of the evening but was quite spirited and reason enough to believe the compliments likening them to Cold War Kids and the Walkmen.