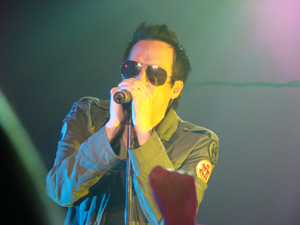 Chemistry is everything. Sure, they belted out all the hits and made the crowd yearn for more after the expected encore. Something was missing, though. After mainman Richard Patrick fired Geno Lenardo and Matt Walker, nothing has really been the same.

His stage presence was top notch as always, but his new backing band was often trying to keep up. Guitarist Mitchell Marlow seemed to be falling asleep during the slower numbers like “Cancer” and their seminal hit “Take a Picture.”

It seemed more like a Title of Record release party than anything with all the songs played from it. I loved that, but I wished the band could have been more into it. Even John 5’s random appearance and contribution to “The Take” couldn’t save the seemingly lackluster performance for a comeback band.