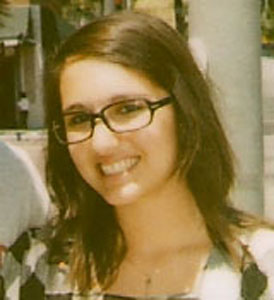 The week before school started I bought a desk from IKEA, plastic storage boxes from Target and a sleek new computer from Apple. The night before, I packed my messenger bag, checked the air in my bicycle tires and slept a restless five hours before waking up at dawn for a crucial shower.

Last Monday saw the four-year train coming, and to say that I had first day jitters would be an understatement.

After my post-high school collegiate attempt was met with thin envelopes and canceled freshman admissions, I boycotted learning and resigned myself to minimum wage at Starbucks (at least Erik Estrada was a regular – I was kind of a success?).

Because public high school spent four years shuffling me through bleak hallways and letting me slip through the system’s cracks, when the rejection letters came that May – and one admissions counselor told me “maybe next year” – I cried for my empty, pointless future. Instead of attempting to pursue that higher education dream I had clearly only pretended to have, teen angst and a general apathy for life channeled what my father referred to as my “infinite potential” into Ponch’s breve lattes instead.

But then I got bored. You can only sleep from 5 a.m. until 5 p.m. for so long until the Yahoo Games and AIM chats start to seem pointless.

I had to keep my gears grinding and give those monkeys on typewriters in my head something better to do – community college! I enrolled at the local one with all the other grade 13-ers, taking classes that interested me and vowing to never make eye contact (lest I look interested).

A few weeks into my boredom-saving plan, something magical happened. Remember those classes that I was taking because they interested me but I was pretending not to be interested in? Well, I actually got interested in them. And the next thing I know, the queen of anti-school pride (me) was thrown on the eight-year plan to a bachelor’s degree.

And it may be a little belated, but last week, I sat amongst my younger, peppier polar opposites in stadium seating (half-hoping Pineapple Express would come on the projection screen) and listened to my first real life university professor drone on about something or other that I need to listen to in order to graduate.

My first-day fears were completely realized – essays, midterms, no extra credit (!?!). After getting a flat tire on my ride home (so much for checking), I literally cried; these people mean educational business, and I’m barely learning how to use iCal.

This is college. Not high school part deux (community college). Not even high school part three (adult school?). This university thing is like high school part four where all the awkward teenagers I laughed at during my angst phase (see above) wrote essays about how living in Orange County and taking Proactive made them want to major in Political Science, but instead they’re checking Facebook and trying not to get called on.

So, no, I’m not a freshman, but yes, I sat in the wrong upper division Gender Studies class for 15 minutes before getting the nerve to excuse myself. I’m just a girl who fell through the cracks of Los Angeles County’s public education system and, after getting sick of making coffee for B-list celebrities, is getting back at her supposedly tortured teenage years by investing in storage bins to celebrate the halfway mark to her finish line.