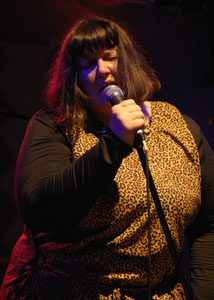 The Part Time Punks dance club, founded by DJ partners Michael Stock and Benjamin White, is always held on Sunday nights. The duo has gained a reputation for spinning the most obscure and all-around awesome bands from the punk/funk/new wave/no wave canon. This year they turned the night into in an all-day festival.

The first annual fest openly traded in nostalgia. Granted, much of the audience wasn’t yet alive or old enough to remember the golden age of post-punk. The headlining acts were groups that haven’t performed in over 20 years, but it seemed that much of the audience, young and old, was excited and thrilled to see them.

The newly reunited Pylon absolutely stole the show. A Certain Ratio rounded out the bill, along with Mika Miko, Vivian Girls, the Muslims and Medium Medium.