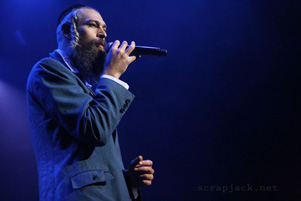 With lackluster energy, Matisyahu took the stage wandering around aimlessly. With eyes closed and a glossed over look on his face the crowd was hard-pressed for inspiration.

The vocals were on point and the band was tight, but the energy one expects from an MC with a catalogue of heartfelt, poignant songs needs to be over the top. To say the least, disappointment was everywhere.

At several points in the show, Matisyahu would either sit down or walk to the edge of the stage and lean against the wall while looking off into the crowd in a daze. Not very reminiscent of someone who was known for bringing a high-energy show to every town he hit.