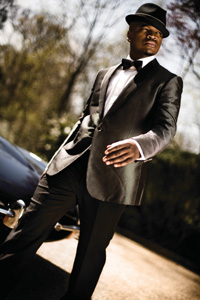 He declared 2009 as the Year of the Gentleman, and Ne-Yo showed exactly what kind of a gentleman he was. Less than 24 hours before Grammy Night, Ne-Yo performed several of his greatest hits, including “Because of You” and “Closer.” He even got the crowd pumped with songs he wrote for other artists, such as Beyoncé’s “Irreplaceable” and Rihanna’s “Take a Bow.” The energetic performance in front of nearly 2,000 adoring fans was a prelude to better things to come for the emerging R&B artist, as Ne-Yo snatched two Grammys the next day.

In the true spirit of being a gentleman, not only did he romance his female fans, he let four beautiful women, known as Electric Red, open his show. The R&B quartet provided balance, romancing all those guys who showed up to Club Nokia with their dates.