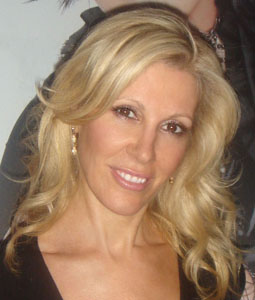 I met this girl online about two years ago, but we have never met. In the past six months she has given me signs of interest.

She calls me and wants to know what I’m doing. She’ll talk to me on the phone for hours even if she’s tired.

She’s asked me countless times to go out with her for dinner/movie. A lot of this happened during the summer until about November. She doesn't really seem to care as much anymore.

During Christmas I bought her a present and flowers to show her how much I cared for her, but before I gave them to her, she told me she loves her ex. This ex b/f was physically abusive and treats her like crap.

She’s been acting really rude to me lately – one minute saying I’m afraid to meet her, the next it’s, “Don’t bother meeting me at all,” and the next it’s “I LOVE MY EX B/F.”

Yes I told her I liked her, but she’s being really wishy-washy. Last night she called me back and talked to me on the phone for almost half an hour, but at the end she said, “Don’t call me anymore.”

I e-mailed her saying, “OK fine I will listen to you; your wish is my command. I won’t IM you, e-mail you, text you, call you or anything else.” I fully cut contact with her for good.

Did I do the right thing? What is her problem?

I’m not a nice guy who takes a girl’s crap or a bad boy who mistreats a girl in harmful ways. I’m just a down-to-earth guy.

Actually, yes you are a nice guy who takes a girl’s “crap,” otherwise this would not have been going on for so long. However, being nice without being discerning is just being foolish. As usual, the problem with being a nice guy is that you don’t have strong boundaries.

If I understand your e-mail correctly, you haven’t even met this girl? You violated the first rule of Internet dating, and it was all downhill from there.

If the person is not willing to meet with you within a reasonable amount of time after your first phone conversation, get out! It usually means they’re not that serious about meeting you or they have someone else.

You also wonder what her problem is. Who cares? You’re asking that question because she rejected you and you wonder if there was something wrong with you that would lead her to do that. Did you ever consider that she’s just a very immature girl who will constantly drive you nuts with her mixed messages?

How many red flags do you have to see before you hit the road? You dodged a bullet. Move on.

I met a lady, and we went out five to six times. We kissed, hugged and touched. Yesterday she promised to go out with me, but she did not show up and she did not respond to my text messages.

I received a call from a guy, her ex-boyfriend. He told me they are still friends, and I am destroying his relationship with her. He wants me to stop seeing her.

I sent a text telling her what happened, but she did not respond. What do you think?

There is a quote that says, “He who is silent, agrees.”

She did not call you back to disagree with what her ex-boyfriend said. This woman is currently not interested.

Move on, and if she comes back, make sure there are no ex-boyfriends lurking in the background.