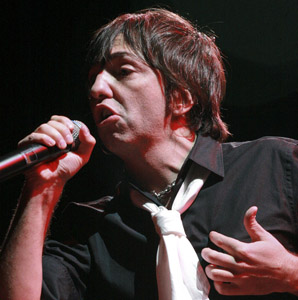 Los Angeles’ cultural melting pot suddenly became a little spicier with the arrival of veteran Argentine rockers Babasonicos. You could not help but become intoxicated by the buzz of the crowd in anticipation of Babasonicos taking the stage.

Led by vocalist Adrian Dargelos, Babasonicos did not let down, their loyal boludos. Playing hit after hit, like, “Pijama,” “Carismatico” and “Yegua,” the band continued to show the strength of Argentine rock.

With nine albums under their belt and, according to an inside source very close to the band, a new production on the way, Dargelos and gang have many more miles left for us to travel on their psychedelic journey.