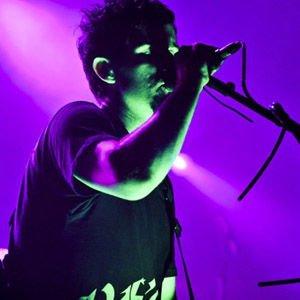 The Verse of Pendulum
(Credit: Pendulum.com)

Australian and English electro rockers Pendulum visited the adrenaline filled the Glass House for a special and somewhat random stop on their U.S. tour. This was a much smaller venue than they are used to playing I’m sure, but the quintet treated it just the same as a large festival, feeding the intimate crowd right out of their palms.

The Verse, Pendulum’s famed MC knew exactly what to say to get the house hyped and moving as one. Their hour-and-a-half set cycled through just about every track off their latest release, In Silico, as well as multiple tracks off of their debut album, Hold Your Colour.

Their signature siren blaring sound definitely got the blood pumping, but at the same time it became a tad tired after a while; especially if you’ve seen Pendulum before. But still, with that said, everyone should experience them at least once.