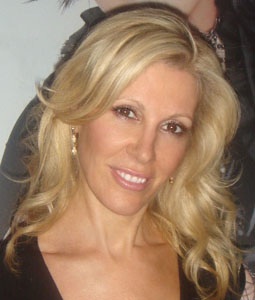 I recently ended a five-year relationship with a man who has affected and changed my life more than anyone I have ever met. He has saved me, protected me, defended me and helped me in more ways than I could ever tell you.

I wish so much we could be a couple and he could be the man I once fell so in love with. I loved him more than any man I’ve met, but unfortunately, he is so difficult to live with.

I cannot be around someone who doesn’t treat me like a girlfriend and shows no physical interest in me whatsoever. I don’t feel feminine around him.

After I ended things, he slowly began to e-mail me about things that we had discussed or called me about something from a previous conversation and eventually he was back talking to me again. It kind of makes me laugh in a way as to how incredibly clever he is, because I am not a stupid person. He’s pretending that all is forgiven and we are back to normal again.

Each time I talk to him, I think to myself, “WOW, it’s a good thing we are still talking, because he just made me aware of something I didn’t know about.” He will advise me from making a bad decision or he will tell me about some great new idea, and I do the same with him.

Our conversations are always so fun and interesting and last at least an hour. It’s difficult to cut someone off from your life who has been and continues to be such an asset.

I guess he will make a better friend than boyfriend. I don’t even know why he wants me to be in his life as his girlfriend when he doesn’t show any interest in me.

He won’t even admit he is doing anything wrong. He still says he loves me and cares for me.

Then I start doubting myself, thinking that maybe I am harder on him that I should be and expect too much of him and that’s just the way he is. But one thing is certain, and that is that I do know how he makes me feel when I am with him, and I do feel absolutely miserable in his presence.

I guess the drama will continue. It is so tough to just end this altogether, at least as a friendship, since there is so much we have offered each other and do have great conversations on the phone (but not in person).

He treats his friends completely different than the way he treats me. I don’t know if any of his friends/family would believe it if I told them otherwise.

Should I throw this out or do you think that perhaps we can go to counseling and see if it’s worth trying to salvage?

I wish I could just wave a magic wand and he would go back to being the man I fell so deeply in love with a long time ago. I get glimpses of this part of him each time we speak or see each other, and this is what keeps me hanging on to the possibility of keeping this relationship. It’s so hard to know what to do when you are close to a situation, when someone outside of it can so clearly know what to do.

Lucia’s answer will be in next week’s column.