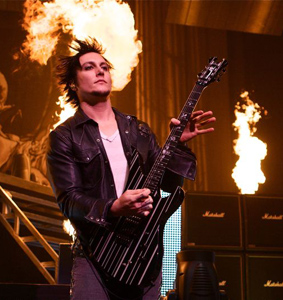 Avenged Sevenfold is the most current incarnate of glam rock. With a big show and nice hair, adding lots of pyro and lights, the band resurrected a genre that has been all but forgotten.

With as much talent as A7X has, they can’t seem to get past generic, heartless songs and fabricated arrangements. The one saving grace is that A7X brings thousands of kids into the world of hard rock who would normally be listening to something else; a “gateway” band, if you will. The kids will have a chance to play with this sound in their iPod and over time experiment with the heavier side of music and, hopefully, move on to acts with more substance.