The Power of "No" 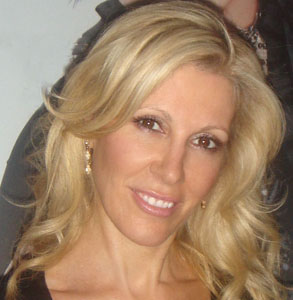 Did you know there is one word that will make a man fall in love with you? By continually saying this, a man will start to realize you’re the one he needs to be with.

Women have the mistaken belief that by putting a man’s needs first, doing what he wants and taking care of him will make him fall in love. It actually has the opposite effect.

You can be great in bed, hotter than Megan Fox, kind, sweet, generous and supportive, yet he will still not want to make a commitment if you never say that word. That one word is “No.”

A friend of mine recently announced his engagement to a woman he’s dated for about a year. When I asked him why he chose to marry her and not his previous girlfriend, who he had been with for almost four years, he said it was because she didn’t let him get away with bad behavior. He knew if he didn’t change, she’d be out of there. She said “No” to being mistreated.

Why does this make a woman attractive? As usual, it’s all about biology.

We are all subconsciously looking for someone who will ensure our survival. A woman who can say “No” to what she doesn’t want shows that she is strong, and therefore, a better bet to help him “survive” in the modern jungle.

This means that your wants and needs are just as important as his. You say “No” to what doesn’t feel right to you, to what you don’t want and ask for what you do want.

Otherwise, if you can’t say “No” to what you don’t want and are willing to put up with a man’s bad behavior, how will he know that you will be able to say “No” to other men; how will you be able to be strong enough to protect his children or take care of business when he’s not around?

The instinctual part of his brain will tell him you are not a safe woman to be with for the long term, so he will never be able to take you seriously.

This is why having sex too soon is rarely a good idea. Most women aren’t ready to have sex on the first date or even the third date. Yet they feel the pressure to do so, and by giving in, they are saying “Yes” to what he wants instead of “No.”

Men are programmed to want to have sex with you as soon as possible. However, by making him wait, you are forcing him to get out of his genitals and into his brain and his heart.

When you first meet, if he knows that he will not be having sex with you anytime soon yet he continues to want to see you, it’s because he is willing to wait and get to know you. It’s because you said “No.”

By always giving in and saying yes, you become a doormat. He knows he can walk all over you, and he will soon lose respect for you. He may stick around and use you, but he will never fall in love with you.

Yet, by not always giving in to what a man wants, when it isn’t what you want, you force him to think about whether he likes you enough to continue to see you, even if he doesn’t always get what he wants.

This isn’t a license to be a bitch. You can say “No” without sounding like a two-year-old brat.

Try something like: No, that’s not what I want. No, I don’t feel comfortable doing that. No, I don’t want to (fill in the blank).

Men always say confidence is a very attractive quality. By saying “No” to the things you don’t want, you show that you have the confidence to take your needs seriously. Men will respond to this confidence by wanting to be with you, and that is the power of “No.”