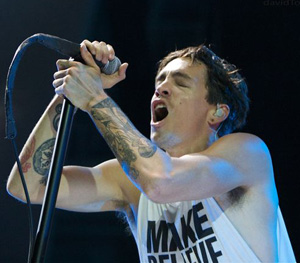 I haven’t seen Incubus perform live since their Morning View era, so when the opportunity arose to see them play the Hollywood Bowl, I was excited.

Openers the Duke Spirit are a band quickly on the rise following the Target/Gaultier line that was loosely inspired by them. Even though they went on early, the Bowl was filled withcheering as they played music off the critically acclaimed Neptune.

Incubus’ set was exactly what I was hoping for: a balance between old and new songs with sustained energy throughout (e.g. a cover of Prince’s “Let’s Go Crazy” from the band's recently released Monuments & Melodies). The boys were definitely having fun, playing early favorites “A Certain Shade of Green,” “Redefine” and “Privilege.”

Incubus' Light Grenades (2006) didn’t warm me, but after hearing “A Kiss to Send Us Off” and “Love Hurts” live, it’s going back on the rotation.