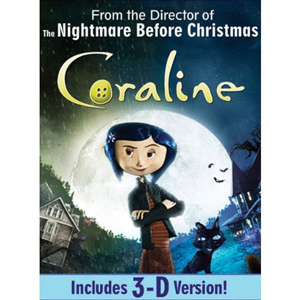 Coming at the end of a string of incredible films in the ’60s, Jean Luc-Godard’s 2 or 3 Things I Know About Her hints at the end of an era for the director and the New Wave. In a whisper, Godard narrates the film that is broken down into a series of “lessons” covering Vietnam, television and the “Her” of the title, which is a housewife who is also a prostitute, the actress playing her and the city of Paris. The widescreen cinematography is some of Godard’s best.

Seth Green and company are back for another round of good-natured ribbing in Robot Chicken: Star Wars - Episode II. The stop-motion animation tackles all those plot holes and logic gaps, imagining the twisted things that were really going on in a galaxy far far away. Extra features include the premiere at Skywalker Ranch.

The only current TV drama to come close to the all-too-brief heyday of HBO, “Mad Men” is now available in its second season. The show follows the lives of the employees of a New York advertising firm in the early 1960s. It could benefit from an injection of humor, but it’s beautifully shot.

“The Mighty Boosh,” a bizarre and hilarious import from the U.K. follows two zookeepers, one a self-styled poet/philosopher, the other a vain glamrocker. Together they go through a series of surreal adventures through time and space, from kangaroo boxing, to traveling to the arctic in search of Shackleton’s frozen corpse. Fans of Monty Python and “Flight of the Conchords” will love it. Seasons one, two and three are now available.

The giftedly observant yet lazy Shawn Spencer convinces the Santa Barbara Police he’s psychic by solving the crimes they can’t. Thinking he’s found pay dirt, he opens a psychic P.I. firm with his reluctant best friend in “Psych.” The hour-long comedy/mystery strikes a refreshing balance in tone and remains eminently watchable in its third season.

Everyone’s favorite redhead, Lucille Ball returned to the sitcom form she helped shape in “The Lucy Show” premiering in 1962. Reuniting with Vivian Vance of Ethel fame, the two continue their on-screen chemistry as a pair of single mothers who live together. Garry Marshall began his writing career here. The Official First Season is now available.

Another in a line of paint by numbers modern horror films, The Haunting in Connecticut is based on a true story of a family who moves into a former mortuary and find it is haunted. Virginia Madsen and Elias Koteas star.