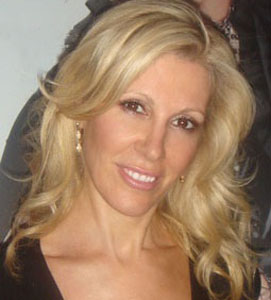 I am a chemist, fairly attractive and graduated at the top of my class at an Ivy League school. I want to have children but can’t seem to find a guy!

The only guys who seem to be interested in me are other chemists or scientists, but I have no interest in them. They actually look as you would imagine them to look, which is not very attractive!

My ideal guy would be very good looking and also from an Ivy League school, yet they only seem to be interested in trophy women. I find that very shallow.

Sometimes, we are too smart for our own good. I often find that people who are intellectually intelligent are socially dumb. They lead with their resume, much as you did in your e-mail.

As I’m sure you already know, guys are attracted to looks first, and then they are interested in what is behind that. While many women think this is unfair, you have to look at it from the point of view of Mother Nature.

You said you are fairly attractive yet want someone who is very good looking. While there are a lot of interracial couples, there aren’t a lot of “inter-facial” couples. This is because people tend to feel more comfortable with people who are close to them in terms of attractiveness.

If there is a big disparity in looks – the man is a nine and the woman is a six or vice versa, it is generally because one of them has power, wealth or status. A very good looking guy from an Ivy League school can easily get a 10, so why would he settle for less? He’s more interested in his equal in terms of attractiveness as opposed to his equal in terms of intellect, for the reason I gave above.

What should you do? I believe you have three choices.

You can get a makeover and transform yourself from fairly attractive to very attractive. Most women are not maximizing their looks either because they don’t care, don’t know how or don’t think they have to. I’m amazed to find that people who are, in my opinion, a six or seven on the looks scale, actually think they are an eight or a nine and vice versa!

You need to either be brutally honest with yourself or find someone who is willing to be so and figure out what you need to change. You will then have a better chance of attracting the type of guy you say you want. You will still be the same person on the inside, you’re just making the “packaging” more appealing.

Your second choice is to “go to where you’re wanted.” This means, look around and see who is interested in you, whom you’ve been ignoring. Are you not also being shallow by rejecting the chemists and scientists based on their looks? Instead of automatically dismissing them, why not at least go on one date and see what happens? You may be pleasantly surprised.

Finally, if your primary goal is having a child more than marriage, the only other thing to do would be to go to a sperm bank and ask for someone who is very attractive and from an Ivy League school. While I don’t agree with raising children without a father, this is an option if you’re open to it.

The Art of Love
I Don't Understand Him
7,692 views

The Art of Love
How to Make Him Commit
3,854 views

The Art of Love
He Always Texts, Never Calls
8,348 views

The Art of Love
The 10 Commandments of Dating for Women
3,631 views

The Art of Love
My Cheater Ex Wants Me Back
3,791 views