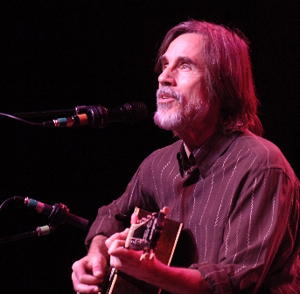 With the release of Jackson Browne’s Time the Conqueror (2008) and the ensuing world tour, it is apparent that time has only benefited this well-versed and lively performer. As the sun set, and the mood heightened at the beautiful Greek Theatre, Browne started the show with his classic, “I’m Alive.”

Throughout the show Browne reeled through his usual between-song adlib and realized the crowd wasn’t the usual, as he called it “jaded” L.A. audience. The people at the Greek brought a certain ambiance that excited Browne and made for an amazing night with laughs, great music and an amazing encore.

When most of the audience thought the show was over, Browne slowly crept back on stage and started stroking the melody to the “The Load Out,” an ode to his crew, the audience and his love for music. As the band filtered back on stage, the smooth transition into “Stay” brought the audience to its feet once again. Although Browne has been playing for decades, his performance of these two songs is a delightful rarity that made all those who attended feel like something special had just taken place.