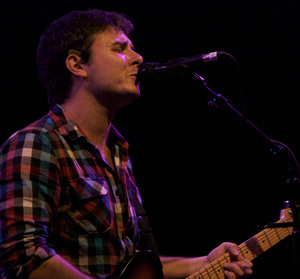 After years of line up changes and struggles with the sound they wanted for so long it looks like this incarnation of As Tall As Lions has finally figured itself out. Commanding the El Rey stage, the ensemble showed the packed venue that they were ready to take things to the next level.

With new and old songs, the band slowly converted the crowd to their side. The tunes were jam band-inspired, but offered something more cerebral.

With horns supporting the band, improvisational solos and breakdowns bring new meaning to previously recorded tracks. These guys are ready to do what it takes to be the kings of their own jungle.