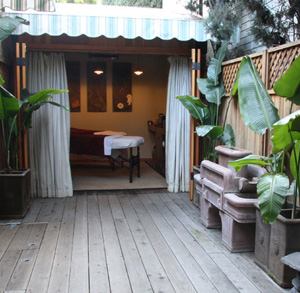 The official demise of the U.S. economy was announced in October 2008. Since then, folks have lived in fear of the F-word: F-I-R-E-D.

Late last year, I took a gig working in the Web department of an insurance company after leaving my gig at ABC because the new job was ripe with job security – or so I was told. Unfortunately, the ax swung down upon my head months later when I was given my walking papers.

Now, for some, losing a paying gig might seem like the end of the world. As a matter of fact, I experienced a 12-hour period of “WTF?” and “Holy shit!” before finally making peace with my unemployment.

But then it dawned on me: I now have all the time in the world to do all the things that my loathsome and soulless day job prohibited me from doing. In these lean financial times, there are a ton of awesome fun opportunities out there that don’t require a lot of out-of-pocket expenses.

Wanna pick up a valuable new job skill while indulging your sweet tooth? Then I’ve got just the project for you. Cake decorating classes at Gloria’s Cake & Candy Supplies (12453 Washington Blvd., W. Los Angeles; gloriascakecandysuplys.com) are calling your name. If you’ve ever turned to the Food Network or TLC and checked out shows like “Cake Boss” or “Ace of Cakes” you know what a fun and exciting medium baking can be. Gloria’s is good enough to bring this fun hobby to the public for a small class fee of $50 for a four-week course (Supplies are extra.).

That’s two hours once a week of fun and artistic expression that many of us were probably not lucky enough to get on our day jobs – when we had them. (Next set of classes begins Oct. 7.) Not only that, but it’s a great skill to pick up.

I’ve taken cake-decorating courses in the past, and they were awesome. You get to eat everything you work on. Good times!

For anyone who’s ever wanted to start a band, but feared that jam sessions would get in the way of work, you can now practice to your heart’s content. Rehearsal spaces are now cheaper than ever. A great one to use is Bedrock L.A. (myspace.com/bedrockla).

Amateur and professional musicians can rent lockouts and recording suites starting at just $15 an hour. These rooms include a full backline and PA. This gives you every chance to turn your joblessness into a daring and creative new adventure.

Are you feeling stressed out about applying for unemployment or looking for your next weekly paycheck? Well, that’s not good. Sounds like you need to chillax.

Le Petite Retreat day spa (331 N. Larchmont Blvd., Los Angeles; lepetiteretreatdayspa.com) has an array of wonderful ways to take one’s mind off of the job hunt. This Larchmont Village-based Shangri-La is offering up $20 “Twosdays.” This allows patrons to save $20 on any two treatments, like the Green Tea Escape (a warm aromatherapy bath, $45) or the Circles of Light Facial ($60). Take advantage of Tuesday’s low prices and you’ll be giving serious love to your body, mind and spirit.

However, if you just can’t get into your newfound freedom, and you wish to keep focused on making a career move into a sector with more job security or with a higher creative flair, then take up an internship. Sites like internship.com and craigslist.org are fabulous resources for finding a new gig in uncharted territory. If you’ve always wanted to work for the studios or a record label, this could be your way in.