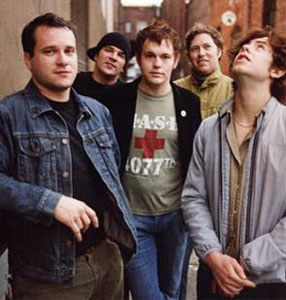 From the opening riffs of “Holiday,” the Get Up Kids had the entire club whipped into a frenzy of crowd surfing and pumping fists. With a 16-song setlist that spanned the Missouri band’s entire career (and even included a few new songs, including the promised “Keith Case”), there was a song for everyone, and the night was rounded out nicely with a four-song encore – all in just over an hour!

It’s so good to see the Get Up Kids have still got a dedicated and passionate fan base, as well as all of the talent and energy of their previous albums. Keep rocking, guys. Keep rocking.