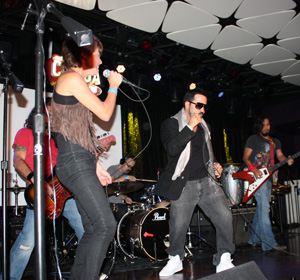 Los Hollywood was up first and presented an electrifying show. The vocals of lead singer Heidy were phenomenal.

Palenke Soultribe was the last to be on stage. Their diverse style, from European beats and Colombian sounds, made the night complete – especially when Mr. Vallenato appeared suddenly to play the accordion and collaborate on “Corazon Bonito.”

Chaca Chaca was a true success, for the bands and especially for those who attended and got to witness every performance.