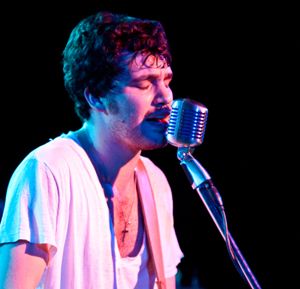 Robert Francis’ record release show at the Roxy with Noah and the Whale reaffirmed that he is Los Angeles’ most lovable bluesman. The show debuted Francis’ fresh batch of work, the Atlantic Records release of Before Nightfall.

Having learned to play from one of blues’ best, the masterful Ry Cooder, Francis tore up the house in the most saccharine way possible. He was soft and romantic, longing and capable, discerning and, appropriately, rough. His fans were loyal ... and in love.