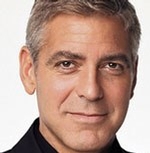 The Oscar winners are the star and director-writer of “The Descendants” which is nominated for five Academy Awards including Best Picture, Directing and Actor in a Leading Role. They will be interviewed by the New York Times' David Carr in the SilverScreen Theater.
Official Website
This event page has been viewed 725 times.