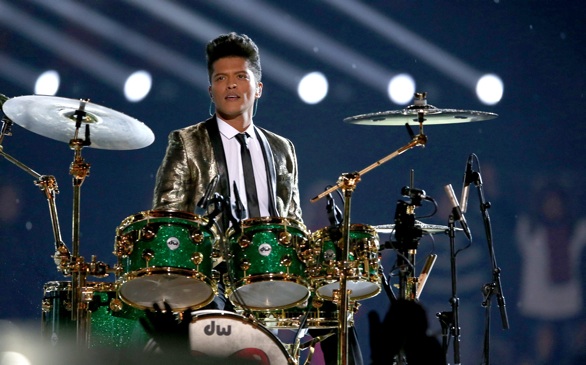 The actual game that took place during Sunday night's Super Bowl XLVIII might have been unexciting, but the halftime show was anything but!

When Bruno Mars took the stage (along with the Red Hot Chili Peppers), the crowd went crazy, and it was near impossible to stay seated and not get up and dance along with him and his band, The Hooligans.

Singing hits such as "Treasure," "Just the Way You Are" and "Locked Out of Heaven," Mars delivered a high-energy performance, pulling James Brown-esque dance moves and maintaining a crystal clear voice.

-Bruno Mars, 28, was the youngest artist ever to serve as the sole NFL Super Bowl Halftime headliner (since Britney Spears and N Sync took the stage in 2001).

-Also, Mars made history with having a record 115.3 million viewers tuning in to watch the halftime show, surpassing Beyoncé's 110.8 million and Madonna's 114.0 million!

-His drum solo at the beginning of the show was to honor his late mother, Bernadette Hernandez. The artwork was also modeled after his arm tattoo dedicated to his mom.

-Mars actually invited the Red Hot Chili Peppers to join him on stage in August 2013 to sing "Give it Away." He called the band "soulful" and "passionate."

Mars will be starting an additional leg of his Moonshine Jungle World Tour later this spring. You can catch Mars in Los Angeles on May 31 and June 1 at the Hollywood Bowl.

Blog
Drake breaks his own No. 1 record with ‘Care Package’ compilation
1,496 views 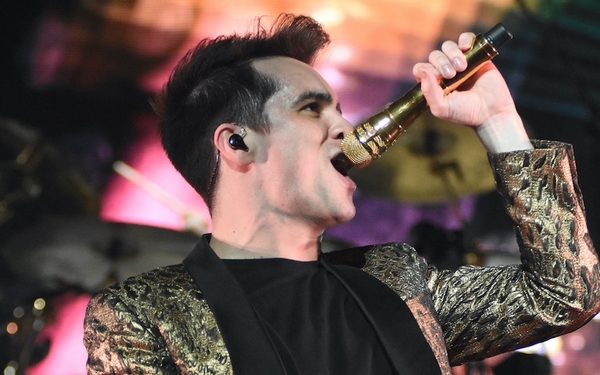