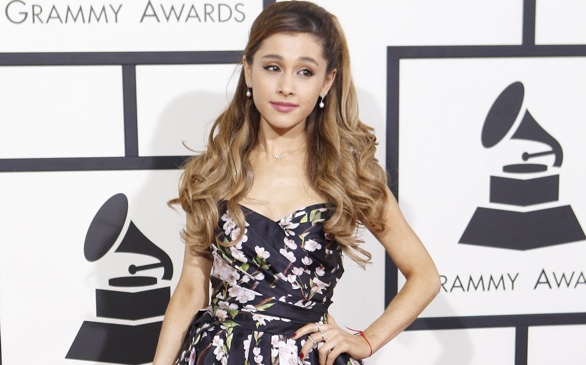 For those of us who remember rushing home after school to catch MTV's "Total Request Live" (aka "TRL") so we could watch popular music videos and our favorite singers and bands perform, hearing news about the hit TV show returning was like music to our ears.

On Wednesday, July 2, MTV will be bring back "TRL" for one day only with pop singer Ariana Grande in Times Square at 7 p.m.

No, Grande is not the host; MTV News’ Sway Calloway is. However, Grande will be performing a "stripped-down" version of her No. 1 hit "Problem" and debuting her new single, "Break Free."

Sway will talk to the former "Victorious" star about her upcoming album and play a game with her called "Hip Hop Mix Up," where she'll have to sing random songs in different genres (which we know won't be a challenge for Grande. I mean, have you seen all of her impersonations on YouTube? Her Shakira one is flawless).

Grande reportedly said in a statement, "It's a huge honor to be able to bring back a show like ‘TRL,’ I used to love watching it growing up.”

Oh, and here's one more thing: Grande is expected to make a surprise announcement! No clue on what that announcement is, though. It might have to deal with her, but I'm not-so secretly hoping she'll announce "TRL" is back permanently...

"TRL" ran for 10 years before ending in 2008. Carson Daly was the original host, followed by Damien Fahey, Lyndsey Rodrigues and others. In short, "TRL" was how many of us millennials were introduced to the late '90s-early 2000s heartthrobs we obsessed over in grade school: 'N Sync, Backstreet Boys, Britney Spears, Christina Aguilera, Jessica Simpson, Mandy Moore, Eminem and more.