7 Things You Shouldn’t Do at Your First College Party: (Or Any Party for that Matter) 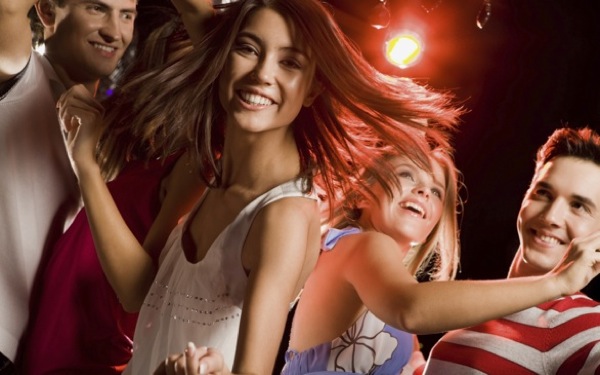 So you’re finally in college, which means only one thing, right? It’s time to party!

However, as much fun as it is to #turnup every Thursday, Friday and Saturday night, there are some things you definitely do not want to do at your first college party and any party thereafter. Take it from my experiences--I embarrassed myself and watched others do the same.

1. Don’t Drink So Much that You Become Vulnerable
Yes, this may sound obvious and redundant, but in light of recent events, it doesn’t hurt to reinforce the dangers that come along with drinking too much alcohol.

College can be a dangerous time for many young women, especially at parties and social events where drinking is available. In fact, there’s this thing called the “Red Zone," which officials describe as the period of time at the beginning of the school year when college women are vulnerable to sexual assaults.

So, with that in mind, if you’re going to participate in underage drinking, at least know your limit. Count your shots and cups beer, and make sure you have something in your stomach before you start drinking.

2. Don’t Drink So Much that Someone Has to Call an Ambulance for You
Again, this sounds obvious, but trust and believe this does happen on Greek Row.

There were at least three times at USC where I saw an ambulance drive up to a fraternity house, lights blazing, to escort an intoxicated girl out of a party on a gurney. One time, I was even forced to call 9-1-1 after I saw a girl I knew passed out, unresponsive and chocking on her vomit upstairs in a fraternity house. Being in this position is scary for everyone involved.

Take care of your health, save yourself the embarrassment and avoid paying a $2,000 ambulance bill by making sure you’re never that intoxicated.

3. Don’t Lose Sight of Your Friend(s)
Okay, so if it’s your first college party, these people might not be your true friends yet, but if you’re going to a party with your roommate, floor mates, pledge sisters, whatever, just make sure you guys stick together and look out for one another. I regret that I didn’t do that for one of my acquaintances.

My first college party was in the dorms. Every room was blasting with music as students threw back shots behind the RAs’ backs. One of the first people I met (let’s call her Anna) got really drunk at one point throughout the night and although we weren’t friends, I felt an obligation to look out for her.

As I was partying, I noticed that she was talking to this really cute blonde guy who I knew lived on our floor. I turned my head to talk to other people, and somehow among all of the music, alcohol and dancing, she disappeared.

I became worried, so I knocked on a few doors to check to see if she was in another room. But I couldn’t find her. Finally, I stumbled into one of her friends from high school and asked her what I should do. She led me straight to the RA. After I told the RA who the guy was, she found Anna and the dude in his dorm room with the lights off; they were having sex. The RA escorted Anna out of the room and back into her room, where she vomited into the trashcan.

Anna didn’t accuse the guy of sexual assault or anything, but the next morning when I saw her, she seemed really out of it, as if she regretted getting that wasted. She also told me she was a virgin prior to that night and that she needed to buy the morning after pill.

Moral of the story: You can really help your friends avoid making bad decisions when they’re intoxicated by just keeping an eye on him or her. And if you’re the type of friend that likes to wander off, please don’t.

4. Don’t Let People Take Videos or Photos of You When You’re Super Drunk
OMG. If I had a nickel for every time a friend videotaped me while I was drunk…

If you don’t want embarrassing photos and videos of you throwing up, dancing provocatively or making out with a stranger floating around on the Internet, make sure your friends keep their phones in their pockets.

Just tell them straight up, “Look, tonight is probably going to get pretty crazy—please don’t take any photos or record me doing anything without my permission.” If they’re really your friends, they’ll comply.

Sure, parties are great ways to meet new people, but dazzle them with your sense of humor, conversation or impressive dance moves. Don’t go above and beyond or do outrageous things to try to get people to like you. Just be you.

6. Don’t Bring Guests Without Getting Approval from the Party Hosts
Depending on what school you go to, you might find that some fraternities love having girls at their parties, but they really can’t stand having non-fraternity guys hanging out and drinking their beers. So, they won’t let non-members enter the party.

With that said, don’t try to bring your non-fraternity guy friends or boyfriend to a fraternity party that won’t let them in. Nobody likes to be turned away at the door, so your guest might naturally argue or complain. And the fraternity guys who have been drinking a little too much might get irrational and irate. Their inflated egos can get out of control and before you know it, you have front row seats to a drunken fistfight.

Avoid future confrontations by asking the fraternity ahead of time if it’s ok to bring a male guest.

7. Don’t Argue with the Police When They’re Trying to Shut Down a Party
And lastly, you’ll find that occasionally someone will call the police, complaining about the loud music, too many people outside or underage drinking. It happens, it sucks, but you have to deal with it. If they shut it down, just move the party to another location; don't try to argue with the police, especially if you've been drinking. I've seen things escalate pretty quickly, with students in handcuffs at the end of the night. Partying is not worth a criminal record.

College Lists
Here are Some of the Best Tailgating Colleges
4,601 views

College Lists
7 Tips for Dealing with Your Helicopter Parents While in College
14,440 views

College Lists
10 Truths About Snapchat Every College Girl Can Relate To
5,463 views