Spin Doctors: Every Saturday @ The Highlands 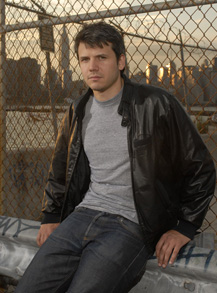 Nestled in the heart of one of Hollywood's most popular destinations for tourists the world over, the Hollywood & Highland complex, the Highlands nightclub has built a reputation for providing a fun experience for not only those visiting L.A, but most especially the city's locals. Go to the club on any given night, and you're bound to see a bevy of beautiful people gathered within its doors.

On Feb. 10, the Highlands celebrated its fifth anniversary with a huge party and the grand opening of its new Saturday night place to be, Spin Doctors. Adam Manacker, General Manager of the Highlands, refers to Spin Doctors as a “DJ driven evening, focusing on bigger name hip hop and house DJs from across the country. … Every week is going to have a big name surrounded by all the resident DJs.”

“We've always had a really good DJ lineup, but now we're adding a headliner to it every week as well. We have DJs like Poet Name Life, Motiv8, Super DJ, DJ Mister-E, DJ Ruff and Prophecy – those are regular residents that we use every single week,” continues Manacker, “Now, we're taking all those and adding on.”

The opening night was ushered in with a hot set by North Hollywood's DJ Vice. Then, DJ Five from Las Vegas and Homicide from the band Sugar Ray, stepped behind the turntables the past few weeks.

According to Manacker, the club is just signed a contract with Salt-N-Pepa's Spinderella and is working to sign the nation's most widely syndicated DJ, Eric Vidal to work a Spin Doctors evening. Coming up on March 3, New York's Andy Brown, AKA DJ Roctakon, will step up to the plate.

Growing up in Washington, DC, Roctakon immersed himself in the city's rich musical history which led to the eclectic mix of music that he is now known for spinning. He says, “I grew up listening to everything from Blondie, local punk acts, hip hop, to the R&B that rules the radio stations there. When I started Djing, I was so happy I had found an outlet through which I could be creative and share the music I loved with other people.”

After many hours of toiling away at the tables, Roc started to win area DJ battles and eventually scratched his way to New York City. Within a year he had residencies at clubs like Spa and Bungalow 8, and his reputation is still going strong.

He says, “I'm not the guy that's gonna play three hours of hip hop and one AC/DC or Joan Jett song. You're gonna get a better mix of music than that. Times are changing, people are ready for something more, and that's what I will deliver like no one else.”

No doubt, Roctakon's unique sense of style will be a perfect fit at the Highland's Spin Doctor's night. Not only are the DJs referred to as “doctors,” but a medical theme is threaded throughout the entire club.

It's not just costumes and decorations that make Spin Doctors a special place to spend your Saturday nights, though. Manacker refers to the Highlands as a kind of super club.

“The Highlands is like something that you'd find in Las Vegas. It's 30,000 square feet and five dance floors. It offers the opportunity to do large or small parties, or just meet 150 new people of the opposite sex every week. The minute you walk into a club, and you've got 1,000 people on the dance floor. It's pretty amazing energy; The place bounces.”