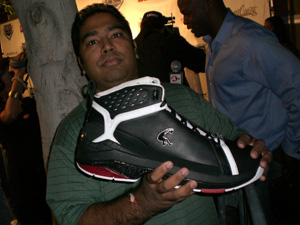 The Lady Bruins scored six goals to commemorate their sixth straight College Cup berth. Now comes the hard part – actually winning the College Cup. UCLA (22-0-2) cruised to a 6-1 victory over Duke (15-6-3) as the Bruin women’s soccer team advanced to the semifinal game of the College Cup against North Carolina in Cary, N.C. Should UCLA advance to the championship game, the Lady Bruins will set a school record for most wins in a season (22 wins in 2005) and have a chance to win their first-ever national championship.

2) Fight on for some roses.

The Trojans are headed to the Rose Bowl. On Saturday, fifth-ranked USC (10-1, 7-1) will face-off against UCLA in the annual rivalry game in Pasadena. Should the Trojans win, they will probably earn a spot in the Rose Bowl Game Jan. 1 against Penn State. Southern Cal strengthened its Rose Bowl chances after defeating Notre Dame, 38-3, Nov. 29 at the Coliseum. Quarterback Mark Sanchez threw two touchdowns and two interceptions on 22-of-31 passing and 267 yards against the Fighting Irish. The Trojan defense allowed only four first downs and limited Notre Dame to just 91 yards in total offense. If USC loses on Saturday, Oregon State will have a chance to play in the Rose Bowl.

3) No bowling team at UCLA?

UCLA’s streak of six consecutive bowl appearances came to an end last week in Tempe. Rick Neuheisel’s first season as Bruin head coach will be a losing one, after Arizona State (5-6, 4-4) defeated UCLA, 34-9. With the loss, UCLA (4-7, 3-5) is no longer bowl-eligible and cannot finish the season with a winning record. The last time UCLA missed a bowl game was in 2001, when the Bruins failed to qualify despite a 7-4 record (4-4 in PAC-10).

4) No Holiday Break for Bruin Basketball

Despite playing just 19 minutes, freshman Jrue Holiday made all eight of his shots and led all Bruins (4-1) with 20 points in an 89-54 victory against Florida International on Saturday. He also had four rebounds, three steals and two assists.

Boxer Chris Arreola (254 pounds, 26-0) continued his pursuit to be the first-ever Mexican heavyweight champion with a three-round, knockout victory over Travis Walker (29-2-1). More than 5,400 fans attended the first-ever boxing match in the new 10,000-seat Citizens Banks Arena in Ontario.

The Knicks and Clippers finalized their trade Nov. 26, bringing Zach Randolph and Mardy Collins to Los Angeles. After a shaky debut, Randolph scored 10 of his 27 points in the fourth quarter of a 97-96 Clippers (3-13) victory over Miami (8-9) Nov. 29.

Justin LaBarbera returned to the Kings’ net Dec. 1 against Toronto, spelling starter Erik Ersberg for one game. Defenseman Denis Gauthier is expected to sit out a few games with a foot injury.

Goalie Jonas Hiller improved to 5-1-1 as the backup to starter Jean-Sebastien Giguere, after the Ducks defeated Chicago, 1-0, Nov. 28.