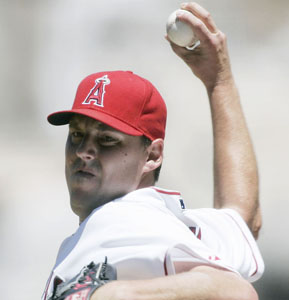 The Final Four is this weekend, and I am sure millions of us have had our brackets busted. Mine was busted the day I submitted it – though at least I correctly guessed UConn would make it this far. Too bad I picked the Huskies to beat Oklahoma in the title game.

I wonder if Ben Howland picked Pittsburgh to win it all. The current UCLA basketball coach ruled the Panthers’ sideline prior to his stint in Westwood. As most Bruins will attest, it was Howland who made Pittsburgh basketball relevant for the first time since Franklin Delano Roosevelt was President.

I doubt Howland picked Pitt to go all the way. After all, he was just two wins away from facing his former school himself, hoping Darren Collison would be the man pulling off a Tyus Edney and stamping UCLA’s ticket to a fourth consecutive Final Four berth with a coast-to-coast game-winning layup to (almost) beat the buzzer.

Across town, USC head coach Tim Floyd must have similar feelings. His Trojans lost to Michigan State, who is also in the Final Four and has a chance to face Villanova in the championship game. Of course, Floyd never coached basketball in the state of Michigan, but how is this for intrigue to Los Angeles’ crosstown rivalry – the two schools who beat UCLA and USC in the second round of this year’s tournament may play for the 2009 national championship.

OK, so neither UCLA nor USC would (nor should) be too excited about the potential of a national championship game between the two teams who eliminated them. After all, no championship banners will be hung in Galen Center and Pauley Pavilion should Michigan State or Villanova be the last team standing.

On the bright side, there are two professional baseball players in Orange County who make for good commiserating partners.

One of those players is John Lackey. No, this week he did not whine some more about how he should have some of the money in President Obama’s financial rescue plans be directed to his personal bank account. This time around, the problem is inflammation in Lackey’s throwing elbow, according to the Los Angeles Angels.

According to team officials, his MRI results were about as thrilling as a Michigan State championship to USC fans. That means the ace of the Angels’ pitching staff will be scratched from the opening day roster, which also means he will not be the starting pitcher against Oakland April 6.

Though, Lackey should not be entirely bummed. He did indicate he did not want to take the mound until his contract situation was resolved. Perhaps Lackey should thank his elbow for buying him some more time and allowing the economy to heal in time for him to make additional demands for more money.

No word on what his teammate, Gary Matthews, Jr., is saying to club officials. The season is less than a week away, but Matthews already knows his place at Angel Stadium – No. 5 outfielder. Reportedly leaving camp after closed-door meetings, Matthews certainly is not happy being the backup to the backup.

On the bright side, at least he will not be asking for a raise anytime soon. (And, hey, if he demanded a trade in those closed-door meetings, perhaps team owner Arte Moreno could direct some of that money saved on Matthews to Lackey’s coffers!)