Band-Aid For Your Heart: Earlimart
and the Campus Circle Love Doctors
Give You Love Advice 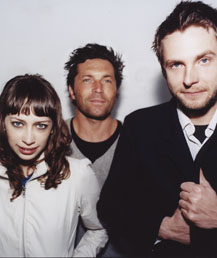 I have this habit of overanalyzing everything, especially how girls act toward me. For instance, I like this girl and everything about how she acts makes me think that she likes me too. However, this girl has "played" several guys in the past, meaning that they thought she liked them too, but she didn’t. Is there any surefire way to discern – without being too obvious – whether I’m being played or if this girl really likes me?

Earlimart: Come on, bro! You’re the man! You’re hot stuff! Every girl wants you! How could you possibly get "played"? Seriously – be more confident. Enjoy the dance. Sometimes you go home with the girl, sometimes you go home with the bottle. You can usually tell if a girl likes you: Most often she’ll get tired of waiting for you to make a move and just make it herself. Cool ladies are A-W-E-S-O-M-E like that. Enjoy the bottle while you can.

I am a 21-year-old virgin and have been dating this guy for a couple weeks. We like each other a lot and are close to having sex with each other. My problem is, I’m nervous because I don’t know what to expect from sex and don’t want to look inexperienced. What should I do?

Earlimart: Girl, don’t do it! If you are 21 and haven’t had sex, and have been hanging with this guy for only a couple weeks, why give it up so easy? Make him go through the same torment you’ve put your other boyfriends through, for at least six months – it’s only fair to them.

If you’re going to get it on, though, don’t be nervous. Just wear something sexy, like a naughty nurse outfit, and it’ll probably work itself out just fine.

Love Doc: Just go with the flow; I don’t think it will matter too much that you’re inexperienced. In fact, your innocence may be what attracted him to you in the first place. But make sure he’s sober for your first time – guys can get a little aggressive when they’ve had too much to drink, and that can be a little overwhelming. However, you may want to down a few.

I’ve recently gone through a change and am curious about being with another girl. I have a boyfriend who I love very much and have told him my fantasy of wanting to make out with another girl – not to have a relationship or anything, just to see what it is like. I told him he could be there to watch, but he said no. Why wouldn’t he want to do this?

Earlimart: Maybe because God will smite him down for enjoying something so "unnatural?" Hmmm. I would suggest renting some girl-on-girl pornography at your local video store (not that soft-core stuff) and start with that. It can ease him into feeling more comfortable with the subject and quite possibly open up a whole new avenue of sexual adventures for you guys. Be safe!

Love Doc: Maybe your boyfriend is afraid he’d get so turned on watching you with another girl that he might join in? Or that sexual experimentation may lead to other scenarios that might risk splitting you two apart? He may also believe that you being with anyone else sexually would be considered cheating. The bottom line is, if he feels uncomfortable about it, you need to respect his feelings. But keep on fantasizing! 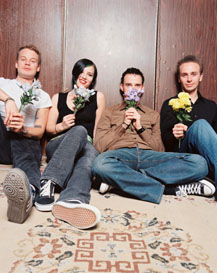 Band Aid
Band-Aid For Your Heart: Tsunami Bomb
and the Campus Circle Love Doctors
Give You Love Advice
1,509 views 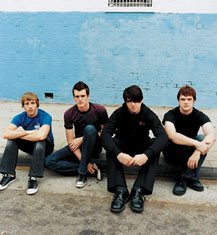 Band Aid
Band-Aid For Your Heart: Moments In Grace
and the Campus Circle Love Doctors
Give You Love Advice
1,816 views 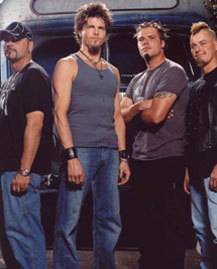